Neil Oliver heads out from the Scandinavian homelands to Russia, Turkey and Ireland to trace the beginnings of a vast trading empire that handled Chinese silks as adeptly as Pictish slaves. Neil discovers a world of ‘starry-eyed maidens’ and Buddhist statues that are a world away from our British experience of axe-wielding warriors, although it turns out that there were quite a few of those as well. 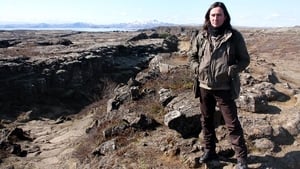